Their Neighbourhood Area has around 18,000 people in 8,000 households. It is diverse with some very expensive housing, historic and listed buildings and residential estates with some social housing of low standard. Although some parts of their population are “hard to hear” and they fear they still do not represent everyone well they have put a lot of effort into consultation with residents, traders and people in the street. They even canvassed opinion in
local pubs using cards handed out to customers.

Their forum assumes that all people resident in the area are members. A committee is elected at an annual public meeting. They have about 1000 people on their list and some 1500 followers on twitter. They wrote their Plan using 5 working groups involving over 50 people. They did employ a professional planner to do the first draft. This needed a lot of revision and advice (professionals tend to give you what they do and not necessarily what you need). The cost for professional help was around £3000 a time. One of their successes was the Highgate Bowl. This was an area once used by drovers bringing cattle into London. It was tarmacked and derelict. The owners planned a development. The Neighbourhood Plan saw it as a potential open space. The owners became enthusiastic supporters of what is now Omved Gardens. They have been able to influence the spending of Haringey neighbourhood CIL (Community Infrastructure Levy). CIL is a charge on developments intended to pay for the costs the development creates (roads, schools, etc.). Part (25%) of it can be spent in the neighbourhood. In Haringey the
Neighbourhood Forum suggests priorities for spending. (In Camden this part of CIL spending falls to the councillors).

A good take-away message is that creating a Neighbourhood Plan is a long hard slog and it is hard to keep going. It was important to have fun during it! Maggie Mead-King was thanked for her presentation and for taking the
interesting discussion.

(4) Election of Treasurer – Notice of the election and a call for nominations was sent out 21 days before the meeting and a list of candidates sent to members 28th October 2019. Dom Sweetman was elected Treasurer

(5) Election of Steering Group – Notice of the election and a call for nominations was sent out 21 days before the meeting and a list of candidates sent to members 28th October 2019. Hackney residents elected to Steering Group:
(there were 3 nominations for 4 places)

Haringey resident elected to Steering Group (there was a single nomination for 4 places) Luke Goodger was elected. Three vacancies remain.

(6) The Notes from the Meeting of 14th September 2019 were approved. They were available to members on request.

(8) Date of the Next Forum Meeting

Meetings must be at least every 4 months. Late February 2020 would be good. The Finsbury Park Trust “Regeneration Conference” was now to be rescheduled to February/March. It seemed best to wait until date announced to avoid having them close together. The date of the next meeting would be set as soon as possible.

(9) To note our THANKS to the Finsbury Park Trust for their support and use of the meeting room.

The election list of nominees follows as a record: 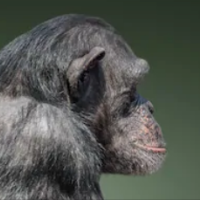 This site uses Akismet to reduce spam. Learn how your comment data is processed.

Join Us as Forum Member

By becoming a member of the Neighbourhood Forum, you will:

Membership is completely free, and there is no obligation to attend meetings.

You can join online, or download a printable version of the application form.